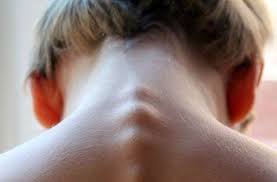 Transverse Myelitis (TM) is a disorder caused by inflammation of the spinal cord. It is characterized by symptoms and signs of neurologic dysfunction in motor and sensory tracts on both sides of the spinal cord.  The involvement of motor and sensory control pathways frequently produce altered sensation, weakness and sometimes urinary or bowel dysfunction.

There are four classic symptoms of transverse myelitis:

The distribution of those symptoms may be symmetric or asymmetric affecting either legs, arms or both.

The word transverse indicates dysfunction at a particular level across the spinal cord, however this term may be misleading as there is not always complete anatomical damage across the cord, but rather focal inflammation that may produce asymmetric spinal cord dysfunction below the level affected while function above such level is normal. So we frequently prefer to use the term myelitis.

The cause of 60% of TM cases may remain unknown despite the presence of inflammatory mechanisms. However, the remaining 40% is associated with autoimmune disorders such as multiple sclerosis, neuromyelitis optica, systemic lupus erythematous, Sjogren’s syndrome and sarcoidosis among others. The term idiopathic — meaning the cause is unknown- has been used in the past in situations in which the cause cannot be determined. However, the lack of demonstration of a causative disorder, mechanism or agent may be the result of failure of an early diagnosis or the result of causative factors that disappears quickly such as in cases of viral infections or post-infectious disorders.

TM is an unbiased condition, striking all age groups — from young children to the elderly — regardless of family history, gender or race.  In younger patients, transverse myelitis may be a first indication of disorders such as multiple sclerosis or neuromyelitis optica. In some patients, a spinal cord stroke or vascular myelopathy may be confused with TM, a situation that may lead to erroneous treatment approaches.

Signs and symptoms of transverse myelitis usually develop over a few hours to a few days and may sometimes progress gradually over several weeks.

Transverse myelitis usually affects both sides of the body below the affected area of the spinal cord, but sometimes there are symptoms on just one side of the body.

Typical signs and symptoms include:

It’s not certain how this therapy helps people with transverse myelitis, but it may be that plasma exchange removes inflammatory antibodies.

Although most people with transverse myelitis have at least partial recovery, it may take a year or more. Most recovery occurs within the first three months after the episode and strongly depends on the cause of transverse myelitis.

About one-third of people with transverse myelitis fall into one of three categories after an attack: